It is generally accepted that the current Spanish word for pilot (práctico) is an abbreviation of the expression "piloto practico" (practical pilot), possibly because, at the beginning, these professionals were only required to be familiar with the place where they developed their activites. In almost all the languages in our area of influence, their traditional name comes from the Dutch words "peilen" (measure) and "loot" (lead), related with the past need to sail with a manual lead to know the depth and morphology of the sea bed. However, the word "pilot", as expressed in each language, is used more commonly nowadays.

Some historians have discovered, in sea voyages made by the Romans, the presence of some crew members that performed tasks that could be considered as a precedent to the tasks performed by pilots nowadays. But it is in the lower Middle Ages when the figure of the "leman" appears. This person was in charge of establishing the route. In 1282 the "Libre del Consolat de mar" from Barcelona, in chapter 249, establishes: "When a captain who acepts a charter or is chartered to sail to a given place and neither the captain nor any other person on board is sure of the route, he must hire the services of a pilot who knows the route and who will confirm to the captain that he knows the place where they wish to go".

After the XIV century, there are many references to "lentsman", "locmads", "lemanes" or coastal pilots. The Consulate of Bilbao (1511-1830) in its Bylaw on "Lemanajes" (Pilots) of 1561, regulated the activity, establishing that "it is the task of the pilot "leman" to guide ships in and out", imposing the obligation of passing examinations for those interested in this profession, establishing their payment and imposing sanctions, including corporal punishment, in the event of "the most serious offenses". Furthermore, "The by-laws for sea-farers of Sanlucar", in 1590, regulated the activities of the then so-called "pilotajes" (pilotage services).

But the most outstanding element are the General By-laws of the Consulate of Bilbao of 1737 that, under the influence of the By-laws of the French Navy of 1681 establish, in chapter 24, the obligation of pilotage and in chapter "twenty-six" (thirty-eight sections) it deals with "Pilots "lemanes", or coastal pilots, and what they must do, and carry due to their condition of Pilots" defining them "as those who have a qualification from a Peer and Consul and are dedicated to guiding ships into the ports until they are docked at their usual quays and, later, when they have to sail, guide them out of the Bar, for the salary and payment established".

It also establishes "that in order to be admited to the examination, anyone who intends to obtain the said qualification of Pilot, must be at least twenty-four years of age and have sailed for four years off that Coast on the High Seas, and will be asked, in the examination (among other issues), for the maneouvres and rigging of ships, and especially of the courses, tides, bars, reefs, currents, points and capes on this coast and of other difficulties that could hinder the access and exit from Tidal Rivers, Ports and Docks".

These By-laws established, in detail, the obligations and rights of these pilots. Their responsibilites for any damage caused by their actions is established in section XI where it says that "all Pilots who due to ignorance, malice, drunkenness, or other reasons, should cause a ship to run aground or to be lost; apart from being obliged to compensate, with his property, any damages caused, will also be deprived of his job and punished with due rigor".

The pilot launches "crewed by seven rowers, i.e., six men and a boy" were on duty at sea at a distance established by the Consulate awaiting a ship. When they saw one, they would then race the other pilot launches to it because the first to arrive would get the job of guiding the ship into port and the subsequent payment.

The "By-laws of Seafarers of Sanlucar" of 1590, which we have mentioned above, in article 1 of the chapter on "Pilotage" establishes: "That any Ship that were touched on the Seas by any Pilot from that city with his boat; no other pilot may guide it into the port of that city or guide it out, under threat of losing the Pilotage and paying it to the Pilot that touched the ship first, and furthermore paying five-hundred "maravedies", and will also remain ten days in prison; all this will take place when the Pilot that touched it were in the city and went to the said ship to guide it in through the bar if the said ship requested a Pilot".

The same happened at other ports, which explains, the so-called "pilot regatta" at Antwerp to remember the past races of pilots to the ships.

The By-laws of the Illustrious University, Casa de Contratación and the Consulate of San Sebastian of 1766 also regulate, in detail, the appointment and actions of coastal pilots.

But, from the beginning of the XIX century the autonomy of the consulate was first limited and later suspended with the creation of the figure of the "Harbour Master" and, finally, with the application of the Trade Code.

The pilot's establishment on the Pasaje's port, in these years, has been of 5 qualified pilots. During the civil war, several pilots were sent to prison. Their places had to be occupied by others on a temporary basis.

Below is a table with information on pilots who worked in the Port of Pasajes. 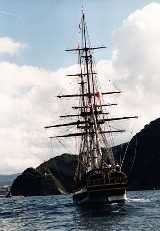 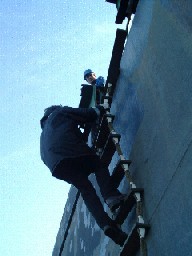